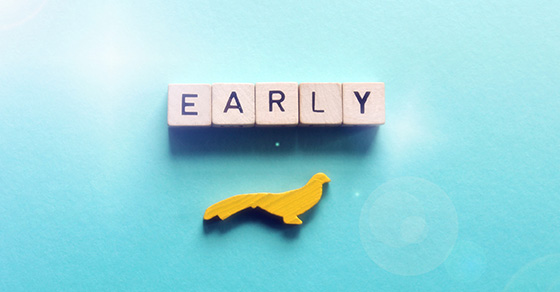 The IRS announced it is opening the 2019 individual income tax return filing season on January 27. Even if you typically don’t file until much closer to the April 15 deadline (or you file for an extension), consider filing as soon as you can this year. The reason: You can potentially protect yourself from tax identity theft — and you may obtain other benefits, too.

In a tax identity theft scam, a thief uses another individual’s personal information to file a fraudulent tax return early in the filing season and claim a bogus refund.

The legitimate taxpayer discovers the fraud when he or she files a return and is informed by the IRS that the return has been rejected because one with the same Social Security number has already been filed for the tax year. While the taxpayer should ultimately be able to prove that his or her return is the valid one, tax identity theft can cause major headaches to straighten out and significantly delay a refund.

Filing early may be your best defense: If you file first, it will be the tax return filed by a would-be thief that will be rejected, rather than yours.

Note: You can get your individual tax return prepared by us before January 27 if you have all the required documents. It’s just that processing of the return will begin after IRS systems open on that date.

To file your tax return, you must have received all of your W-2s and 1099s. January 31 is the deadline for employers to issue 2019 Form W-2 to employees and, generally, for businesses to issue Form 1099 to recipients of any 2019 interest, dividend or re-portable miscellaneous income payments (including those made to independent contractors).

If you haven’t received a W-2 or 1099 by February 1, first contact the entity that should have issued it. If that doesn’t work, you can contact the IRS for help.

Other Advantages of Filing Early

Besides protecting yourself from tax identity theft, another benefit of early filing is that, if you’re getting a refund, you’ll get it faster. The IRS expects most refunds to be issued within 21 days. The time is typically shorter if you file electronically and receive a refund by direct deposit into a bank account.

Direct deposit also avoids the possibility that a refund check could be lost or stolen or returned to the IRS as undelivered. And by using direct deposit, you can split your refund into up to three financial accounts, including a bank account or IRA. Part of the refund can also be used to buy up to $5,000 in U.S. Series I Savings Bonds.

What if you owe tax? Filing early may still be beneficial. You won’t need to pay your tax bill until April 15, but you’ll know sooner how much you owe and can plan accordingly. © 2020